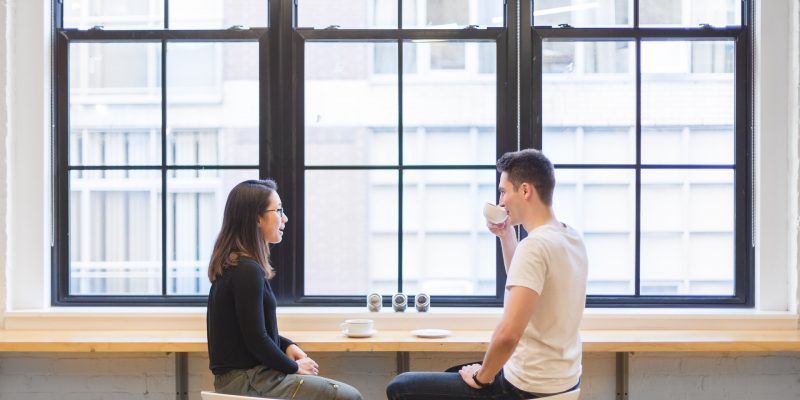 Has this ever happened to you? You’re talking with someone and you’re trying to tell them about something that’s happened to you the other day. But as you try to tell your story, they keep trying to tell you about something that happened to them until next thing you know, they’re doing all of the talking and your story is left unfinished! This is one type of conversational narcissism, a term created by sociologist Dr. Charles Derber.

But what exactly is narcissism (nar-sah-siz-um)? Without getting too far into the psychology and history of the word, narcissism is when someone is highly interested in themselves, thinks highly of themselves and is extremely attention seeking. This kind of person is known as a narcissist (nar-sah-sist). Basically, it’s someone who is self-centred.

So how do you make sure you’re not being a conversational narcissist? Active listening! Active listening means focusing on what your conversation partner has to say and giving them your full attention. A lot of the time when we’re talking, we stop actively listening, start passively listening and formulating what our response is going to be. Instead, listen to and consider all of what your partner has to say.

The next step is to show the speaker by giving them small verbal cues. Small verbal cues are the words and noises that you use when someone is talking to show that you are listening and that you want them to keep talking. A conversational narcissist might hold back on using verbal cues or they might not use them at all, making the speaker feel like they should stop talking. The narcissist can then take control of the conversation and put the focus on themselves. Have you ever experienced someone keeping back their verbal cues or not using them at all? Or maybe you’ve done it to someone you were talking to because you were tired of them talking and you wanted to tell them a better story.

Now you know what a conversational narcissist is and how to avoid being one with active listening. But, active listening is more than just concentrating on what your partner is saying and making noise every once in awhile. Next week, we’ll talk more about active listening and how it applies to a social skill that a lot of people struggle with: small talk.

Signup for news and special offers!